Casio invited to the G-EXPERIENCE DAYS 2022 at the end of July. In the border region between Austria and Germany, other bloggers, editors, photographers and I had the opportunity to push our limits.

More Details about this two Days here in the Video…

The supporting program demanded everything from us. Looking back at G-SHOCK’s brand profile, it’s hardly surprising that instead of spa treatments and pedal boats, archery, climbing and even canyoning were on the daily schedule.

The watch of the day while canyoning was the Casio G-SHOCK Mudmaster GWG-2000-1A3ER, and it handled the mountain challenges brilliantly. This watch is at home wherever extreme conditions prevail. Be it under water, in the air or in the rock. The survival features are interesting, and their usefulness in actual exceptional situations is not insignificant.

One way or another, G-SHOCKs have been known for their ruggedness for decades. However, to take the features to the extreme, Casio has come up with a few things. I can’t remember the last time I wore a watch on my wrist with a feature list as long and broad as the Casio G-SHOCK Mudmaster GWG-2000-1A3ER. I’ve also had a handful of outdoor models in watch reviews so far. None has come close to the Mudmaster. The watch comes with a depth and altimeter, for example, which indicates the current altitude in a range from -700 to +10000 meters. Radio signal reception ensures that the Mudmaster is always accurate. This even in 29 possible time zones!

In addition, a digital compass, a barometer and a thermometer are of great use. What else do you need to survive? Sure, calendar, stop functions and an alarm. Underwater operations are possible down to a depth of 200 meters. Thus, the Casio G-SHOCK Mudmaster GWG-2000-1A5ER also passes as a diver’s watch. What is still missing so far is a smartphone connection. In nature, the smartphone would clearly rather weaken, but in everyday use I find the control via app sometimes facilitating.

Casio packs the lush feature set into a robust case. With dimensions of 61 by 54 millimeters, it is probably one of the largest ever. Nevertheless, the Mudmaster is light and comfortable to wear on the wrist. This is due to the weight. The Mudmaster weighs just 105 grams. The case is made of a carbon synthetic resin mixture. Casio has been considered a pioneer in this field for years. Salt water, heat, cold or mud cannot be dangerous for the watch. There is praise for the use of so-called a gel. The silicone mixture encases the quartz movement. Thus, it is protected from shocks and dampers.

The quartz movement installed inside is powered by solar cells under the dial. Excess energy is stored and can be retrieved when needed. It takes 23 months for the Mudmaster to run out. So it won’t fail because of that.

Finally, the appropriate, masculine look should not go unmentioned. The self-proclaimed “master of mud” is edgy and functional. The black GWG-2000-1A3ER is equipped with a khaki-colored synthetic resin strap, which is very comfortable to wear. An excellent price-performance ratio at an MSRP of USD 800,- puts the crown on the Mudmaster.

All Casio watch reviews in my blog 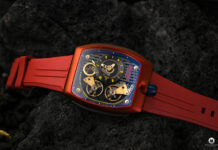 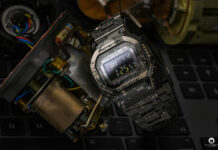 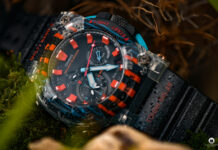 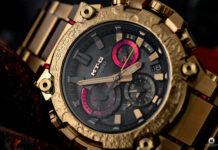 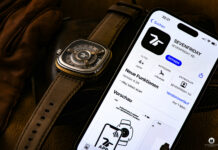 ABOUT US
Nice of you to come! The watches is the focus here. Interviews with watch brands, watch reviews and much more... Fresh & tasty! Daily update @ INSTAGRAM.
Contact us: david@watchdavid.com
FOLLOW US
© by WATCHDAVID® - PUBLISHED IN GERMANY. Designated trademarks belong to their respective owners.
MORE STORIES